Vik Muniz is a brazilian artist and photographer who has a background as a sculptor. His art pieces are generally made with non traditional materials within photography which create that sculptural component within his images. He usually works in series and his images range from being constructed of thread, chocolate syrup, garbage et. His goal is to create bold, ironic and deceiving imagery that references pop culture, art history or political comments. His work has been met with both commercial success and critical acclaim, and has been exhibited worldwide.

Muniz often works in large scale format but then destroys the originals of his work so the only thing that is left is photographic evidence. He uses his photography as documentation because it creates the vantage point in which mimics the way he saw the piece in the first place. He has spoken of an interest in making these pictures so that “reveal their process and material structure”, of the artwork he makes.

Two works of interest are his Earthworks series and Waste Land. In his Earthworks series, it resembles what the movement did in the 1970s in relation to doing on location type work however, he brings forth cultural and historical references within the images like the Nazca lines from the Inca Civilization in Peru.

In Waste Land, the documentary presents men and woman who pick through garbage as an occupation. He tries to take this act of garbage-picking and assemblage of recycling and turns art into a more accessible experience through the use of common materials. His belief being, the art world should not be just for the elite. He states in the documentary that, “at this point in my career where I’m trying to step away from the realm of fine arts because I think it’s a very exclusive, very restrictive place to be. What I want to be able to do is to change the lives of people with the same materials they deal with every day.”

Two elements that I wish to take from Muniz’s M.O. are addressing the human impact with nature and with things or situations that people see or deal with every day. I want to demonstrate human impact whether it is subtle or extreme. I think that with people interacting with their environment is one thing but the impact with other people is a lot fiercer and apparent in modern day society. This demonstrate of every day common gestures or materials can be as simple as a cell phone or a tree, or as complicated as the food that we eat and throw away. 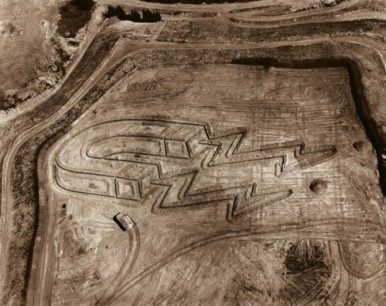 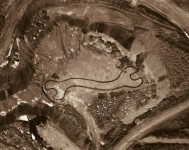 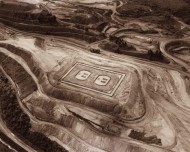 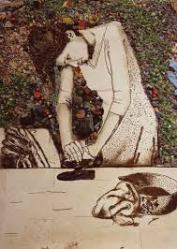 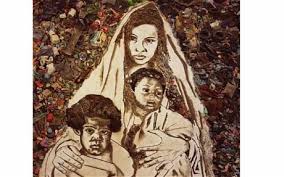