Johansson thinks that traditional photography is not based off of talent, but is about being at the right place at the right time. Anyone can do this. Therefore, he is inspired by creating something where the process of the image starts when you press the trigger. His images have an unexpected twist, but they still retain elements of photographic realism. This is accomplished by creating something that cannot exist in the real world, but appears as it could have been captured as a photograph. These are not photographs that are realistic, but what we think looks realistic. With these, a brief moment is required for the viewer to understand the “trick” in the image; therefore, the importance is more focused on capturing an idea, rather than capturing a moment.

In order to make his photographic ideas come to life, Johansson uses Photoshop to combine elements from different photographs.  Erik Johansson includes three rules when creating his photographs to achieve a realistic result:

Johansson matches colour, contrast, and brightness in order to make an image compressed of hundreds of different layers look like one singular image.

In contrast to taking a good photograph by being in the right place at the right time, Johansson’s images require lots of planning. As a result of the heavy Photoshop editing that are contained in his images, the more he plans out the idea, the more realistic his image becomes. He starts this process by beginning with a sketch of an idea. Once he takes the photographs, the next step is combining them with Photoshop.

There is often informal balance in his images. The following are great examples of what I am interested in for my final project: 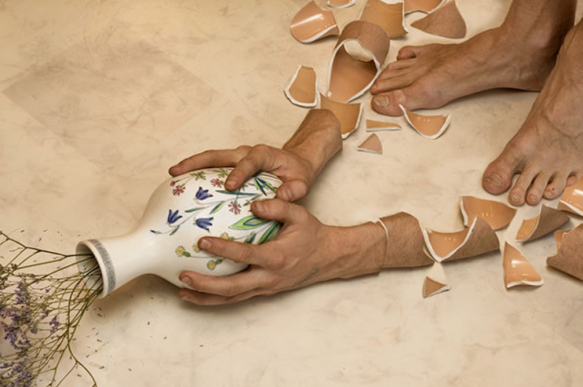 “All of the tools are out there, the only thing that limits us is our imagination”.

Each image has the same pair of shoes placed perfectly, then a shadow of a man wearing the shoes. These suggest a sort of “ghost-like” quality; similar to the images by Johansson, they are doctored images that appear as if they could exist in reality. They are meant to reference the fact who we are at this moment will disappear, but there will be a trail which remains as evidence of your past existence. This relates to the feeling he has that he is constantly changing. Furthermore, these images focus on photography is often human interaction with its surroundings, while these capture the absence of the human from these surroundings of industrial spaces. These are places that humans have created, enforcing the idea again that even if humans are not inhibiting these spaces, they still leave their mark by creating these spaces in the first place.

I could not find anywhere the photographer explains his process, but I assume he had the help of another person, and a tripod. I’m assuming he took two images here, one where he is standing and wearing the shoes, and one where his shoes were placed in the same position where they were when he was standing. Then, I assume he merges the two images together with Photoshop by copying only his shadow in the image he is in, then dragging and aligning it onto the image of just his shoes.

Each image only contains the shoes, shadow, and an empty background within an man-made space. There are no other powerful elements in the image to distract the viewer. There are often leading lines in these spaces, adding more interest for the viewer to allow further looking into the image. 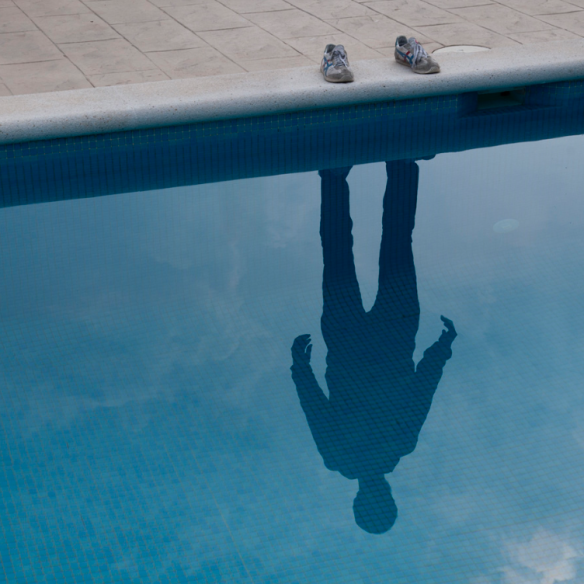 More References Images from Other Artists 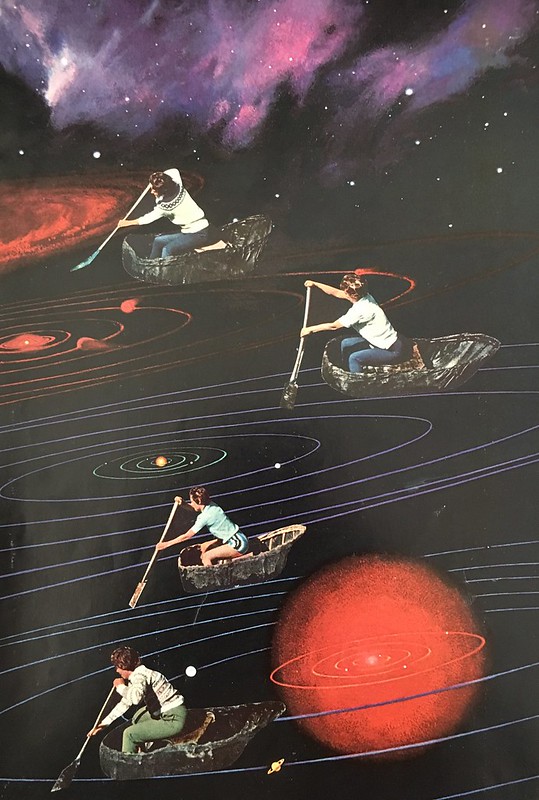